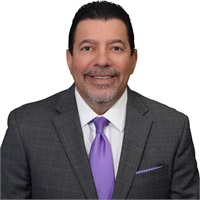 Lee A. Siler was born in Brooklyn, New York in 1964. After college, he began managing client assets and has been doing so for more than 26 years. His FINRA licenses include the Series 63, 65, 7, and 24. He also holds the life insurance, health insurance, and annuity licenses.

He started his own firm in 1994 and within four years was given an award from Governor Jeb Bush to recognize his firm, Stockdr.com, as one of the top 100 fastest growing companies in the State of Florida with over $170 million in assets.

In 1997, Mr. Siler started a radio show that aired locally in the State of Florida. By late 2000 it was picked up by a national syndicator, the Business Talk Radio Network. “The Stock Doctor” was broadcasting in over 60 U.S. radio markets on radio and worldwide via the internet. His nickname, the Stock Doctor, became a household name nationwide as his investment knowledge and market conversation became daily appointment radio. In 2010, Mr. Siler stopped doing daily radio broadcasts so that he could focus on his existing clients. Mr. Siler has continued to appear on radio and TV with more than 100 television broadcasts, including a New Year's Eve appearance on the NBC Nightly News with Tom Brokaw.

His hands-on proactive investment management is one of the reasons why clients seek out investment advice from Siler Wealth Management. He employs a terrific and knowledgeable support staff but is personally involved in every client’s portfolio management.

This investment philosophy has helped his clients achieve their goals no matter what the market conditions may be. (Past performance is no indication of future results.)

Lee and his wife Dora live and own their businesses in Central Florida.  They are active in several charities including the muscular dystrophy association as well as anything benefiting veterans and the United States Military.